Ezi-Dock Systems Ltd is delighted to announce that the company has once again been selected to receive the accolade of a Queen’s Award for Enterprise in the category of International Trade. 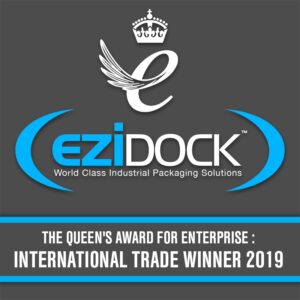 Ezi-Dock’s export achievements were first recognised in this way in 2014, swiftly followed in 2015 by a much-coveted Queen’s Award for Innovation. Now in 2019 Ezi-Dock has joined an elite band of UK businesses to receive a triple crown of Queen’s Awards.

“We are very grateful to have our hard work recognised in this way,” said MD Steve McAleavy. “Our team has had to grow very quickly in the last 5 years to keep pace with the demand for our specialised, patented containment products which sell to pharmaceutical and chemical manufacturers all around the world. It’s great that our people here in Nottinghamshire can see that their efforts are appreciated not just by us, but nationally in respect of their positive impact for the UK economy.”

Ezi-Dock Systems Ltd was launched in 2003 and has grown significantly and continuously following the success of its ground-breaking designs for cheaper, more effective and easier to use product containment and transfer systems. The business has recently invested in its latest cleanroom which is 10 times bigger than the original production area.

A continuous £multi-million re-investment program in facilities, product development and equipment has delivered year on year growth in excess of 25%. The company exports in excess of 80% of its products having customers in 36 different countries across four continents, and sells to all the world’s leading multinational pharmaceutical giants. 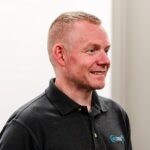 Ezi-Dock Systems is pleased to announce the promotion of Andy Swain to Operations Director In... 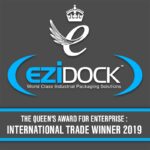 Hat Trick of Queen’s Awards Ezi-Dock Systems Ltd is delighted to announce that the company... 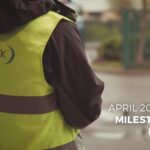